new Delhi: Looking at the recent situation on social media, it seems that Bollywood’s famous film Director Anurag Kashyap Has opened a front against people on its Twitter wall. Some time ago, he has directly attacked the actress Kangana Ranaut. At the same time, Anurag Kashyap has taken out his anger on YRF i.e. Yash Raj Films by tweeting one. He has flown the Yash Raj banner in a very sharp manner.

Anurag, replying to a tweet here, wrote, ‘My bread does not work with Bollywood. There is no Dharma, Excel or YRF or any studio to produce my film. Have to build a new company myself and make myself. 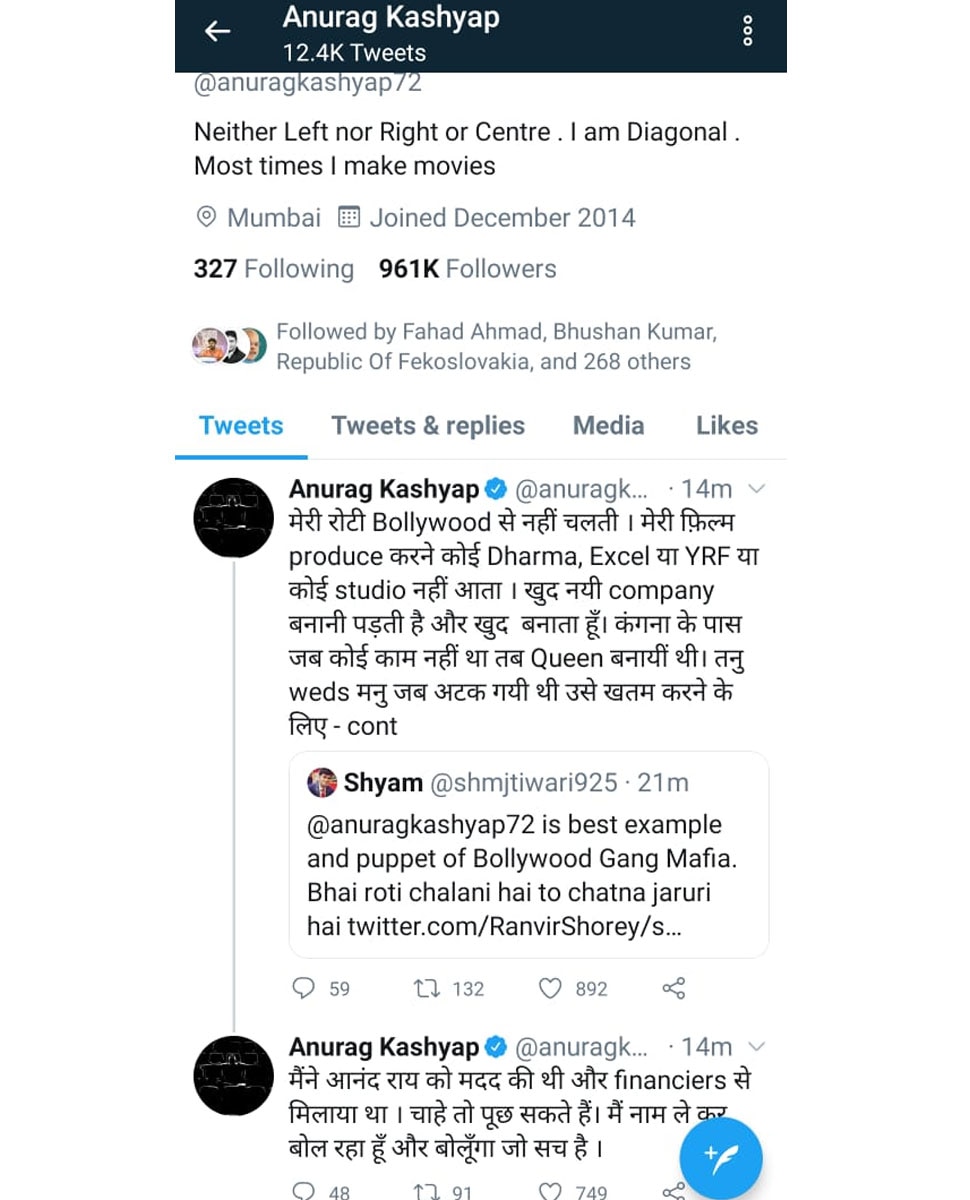 In front of this, this tweet remains incomplete, so we tell you the whole thing by adding you to another tweet of Anurag. Next to this, Anurag tweeted and wrote, ‘Kangana was made queen when she had no work. When Tanu weds Manu I got stuck, I had helped Anand Rai to finish it and introduced him to financiers. If you want, you can ask I am speaking with a name and will say what is true.

Let me tell you that in this case, he had written several tweets in the past and wrote on the previous day, ‘Saw Kangna Ranaut’s interview yesterday. I used to be a very good friend at one time. I used to encourage myself by coming to every film, but I do not know this new Kangana and just saw this scary interview of her, which is just after the release of ‘Manikarnika’.

Next he wrote, ‘The addiction of success and vigor seduces everyone equally, whether it is insider or outsider. “Learn from me, be like me”, I have never heard this thing before 2015. And since then, it has come to the point that those who are not with me are all mean and sycophantic.

Not only this, Thami Anurag wrote, who abuses all his directors, who sits in the edit, cuts the roles of all the co-stars. With whom any of his old directors who used to appreciate Kangana, shy away from working with him. The strength that Kangana feels, she has earned, to suppress others .. By not showing her a mirror to Kangana and offering it to her head, you are finishing that.

Further, Anurag had said, ‘I have nothing more to say. What the hell are you doing? Anything else is speaking baselessly. The end of all this will be here. And since I believe in her a lot and this Kangana is not tolerating me. Don’t say the rest, I’ll say @KanganaTeam. It’s enough. And if it is not visible even to the people of your house and not to your friends, then the same is true that everyone is using you and you have no one today. The rest is your wish, stop abusing me. ‘