new Delhi: Since the death of actor Sushant Singh Rajput, there has been a storm in Bollywood, which is not taking the name of stop. While the police say that Sushant committed suicide, the fans are demanding CBI on his death. Amidst all this, the big celebrities of Bollywood are on target of the people. After debating on Twitter for several days, now director Anubhav Sinha surprised people by making a big announcement. He has designed with Bollywood. in this matter Hansal Mehta He is also seen supporting him and avoiding Bollywood.

ENOUGH !!!
I hereby resign from Bollywood.
Whatever the fuck that means.

Anubhav Sinha announced to leave Bollywood on Twitter last evening. While tweeting, he wrote, ‘I am resigning from Bollywood.’ After this tweet, he now changed the name of his Twitter header. His handle has now been named Anubhav Sinha (Not Bollywood). Sinha has given many hit films like Thappad, Artical 15. So now his fans are in shock. 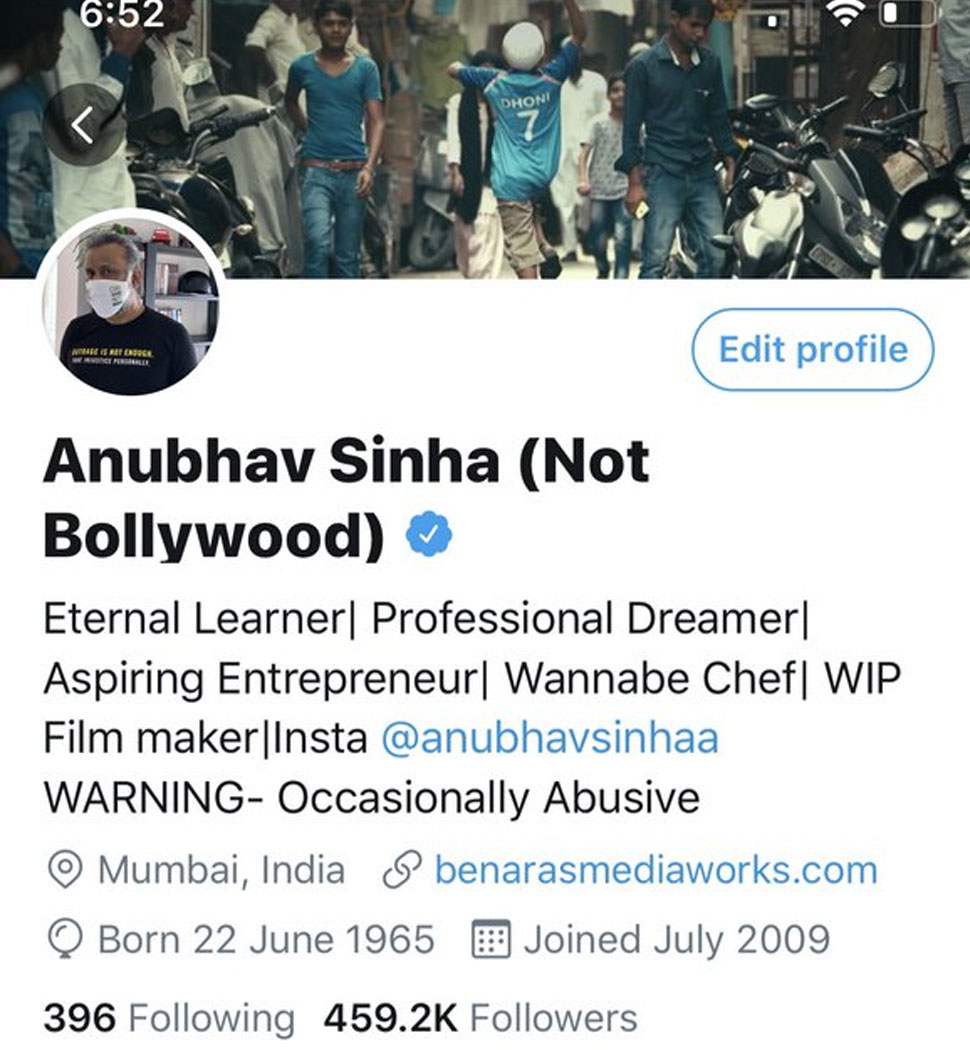 However, Anubhav has also cleared that he will continue making films. On Wednesday, he also tweeted a lot about this. In one tweet, he wrote that “Bollywood was”, while in another, “Hindi film hongi” means Bollywood is his past, while Hindi film Future. However, what the experience will do is not clear yet. But people speculate that he will probably only work on OTT films.

Hansal’s experience seems quite happy with this tweet. In the comment section, he wrote that let’s go out of Bollywood. We will make films by staying in the Hindi film industry. Take your lamb Cumbria, dance a lot. He wrote in another tweet, listen, brothers, when you are talking about Bollywood, you will not be talking about us.