new Delhi: There used to be a very famous and ancient museum in the Turkish city of Istanbul called Hagia Sophia. But now the Supreme Court of Turkey has allowed it to be converted into a mosque. The order to convert this museum into a mosque was given by the President of Turkey, Recep Tayyip Erdogan. On which now the Supreme Court has also stamped. On July 24, prayers will be offered in Haya Sofia. On Tuesday, Turkish President Haya Sofia arrived and inspected the preparations. But to understand why this news is so important, you have to understand briefly the history of Turkey and Haya Sophia.

First of all, Haya Sophia. It is said to have been built as a church in the sixth century and was converted into a mosque when Ottoman ruled Turkey in the 14th century. However, this church was not demolished even then, because its artwork was very magnificent and the decision to break it was not easy for anyone.

But after the end of the Ottoman Empire in 1922 it was converted into a museum and the museum became the biggest symbol of Turkey’s secularism. But now once again it has been converted into a mosque. Haya Sophia also enjoys the status of UNESCO World Heritage Site and the decision to convert it into a mosque is being opposed all over the world. Apart from UNESCO and America, Russia, European Union and and Vatican have also opposed this decision.

Pope Francis, the greatest religious guru of Christians, has also criticized this decision. He said that he is sad about it and people should pray for him and go after eating. 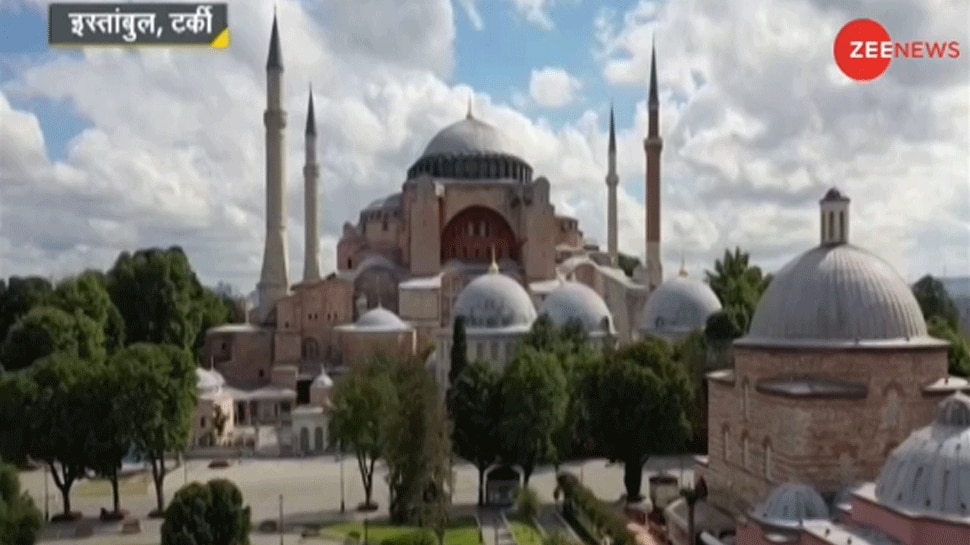 Now the question is why such a decision was taken in a turkey that calls itself secular. For this, you have to understand briefly the history of Turkey.

History of turkey
Turkey is a Muslim country. Where about 98 percent of the people believe in Islam and Turkey is counted among the few Muslim countries which are considered the most secular. The Ottoman Empire ruled Turkey from the years 1299 to 1922, and in 1923, Turkey gained independence from this empire. The credit goes to the former Turkish dictator, whose name is General Mustafa Kamal Ata Turk, who you also call Aapa Turk in Hindi. Ata Turk was a dictator. But he was very progressive and wanted to make Turkey a secular country which was based on the principle of secularism of France. Under which religion and government are kept separate from each other.

The constitution of Turkey was made in the year 1924 and in 1928 this constitution was changed and the status of State Religion was withdrawn from Islam. Under the constitution, General Ata Turk gave the Turkish army the responsibility of always maintaining secularism in the country. The founders of modern Turkey loved their secular image so much that they banned the use of religious symbols in public life. However, it is said that the people of Turkey always wanted that they get a chance to demonstrate their religious identity. Just like this right is available to people living in countries like India and America.

President Erdogan took advantage of this sentiment of the Turkish people. Erdogan had been the Prime Minister of Turkey three times before becoming President in 2014 and by then the President did not have much powers in Turkey. But since becoming President in 2014, he made the presidency powerful through a change in the constitution and he gradually started converting Turkey from a secular country to a radical Islamic country. Now because the army is responsible for saving Turkey’s secularism, in the year 2016, the army tried to overthrow Erdogan. But the army failed in this work. Because Erdogan took his supporters on the streets against the army by taking the help of social media.

Taking lessons from this coup attempt, Erdogan increased his strength and weakened the strength of the army. But now Turkey’s economy is going through a bad phase and unemployment is also at the highest level. Despite this, it is not easy to question the President of Turkey now. Because it seems that they are slowly moving towards dictatorship. The country where most journalists are in jail in the whole world. It is only turkey. Even in Turkey, now those who speak against the government are easily put in jail and to suppress the voice of the people, Erdogan is turning his country into a radical Islamic country, i.e. making religion a tool of politics.

The result of this Islamization of Turkey is that this country, which was once close to Europe and America, stands today with a staunch country like Pakistan. Even though the President of Turkey still calls his country secular, he now openly expresses his views on such issues which unites the Muslims of his country. Erdogan has many times questioned India’s secularism. When there was a riot in Delhi in February this year, the President of Turkey called India a country where mass massacre of Muslims takes place and also said that India is a threat to world peace. In February, Erdogan also visited Pakistan and accused India of torturing Kashmiris.

India strongly opposed these statements of Turkey. But this time India has not made any strong statement against the construction of Masjid to Haya Sofia. Therefore, India should break this silence and oppose the President of Turkey, Erdogan, and answer them in his language.