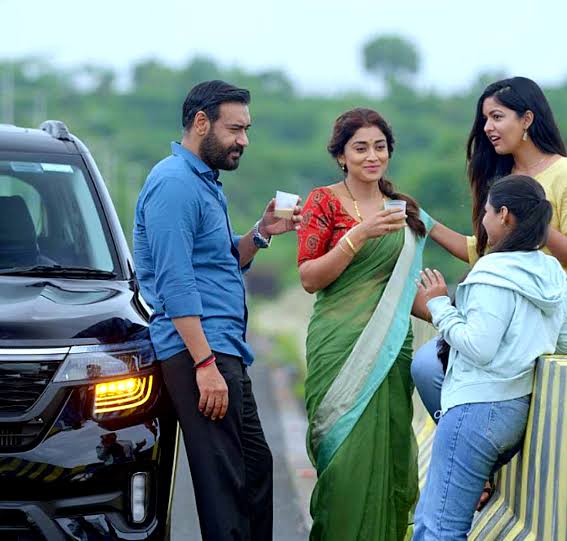 #AjayDevgn starrer #Drishyam2, helmed by #AbhishekPathak has shattered many record since it release. The second highest grosser and opener of the year has entered the 100 crore club in its first week and promises to further grow in its second week.

Critics and audiences have applauded the clever story and performances in the film. Everyone is rooting for #VijaySalgaonkar and his family.

Film is now eyeing to touch ₹150cr by 2nd week itself….

Yes there is a big possibility that film will enter ₹200cr club….

A direct sequel to Nishikant Kamat directed Drishyam (2015) and a remake of its Malayalam namesake released on OTT last year, Drishyam 2 turns out to be watch worthy on both fronts – sequel as well as remake. Infact, this is one of the best remakes seen in Bollywood after a long time.

Cut to the plot, Vijay Salgaonkar (Ajay Devgn) is living a peaceful life with his family gradually tiding over the crisis they faced seven years ago. It is only when the newly transferred cop Tarun Ahlawat (Akshaye Khanna) comes to his town and re-opens Sam’s missing case that Vijay and his family get in to trouble once again. Tarun is Meera (Tabu)’s ex-colleague and close friend and he vows to nail Vijay at any cost. But can he?!!

Staring with a slow pace, the film skyrockets once Akshaye Khanna enters the frame and trust me, his introduction scene got as much ceetis and taalis as Ajay Devgn got earlier. The twist just before the interval is fantastic and the second half turns in to a practical hide and seek game which is truly fun to watch.

The performances are first rate. Ajay literally shoulders the film on his own. Akshaye Khanna leaves a mighty impression as the investigating officer. Tabu shines even in a small role while Shriya Saran looks gorgeous even in a modest saree.

Drishyam 2 is a thoroughly engaging fare which serves as a perfect sequel to first part. Personally, I found Mohanlal’s original slightly better but this Hindi adaptation is also worth your ticket price. Book early as the shows are full.

Top 10 most expensive Cars in the world

Newspaper is your news, entertainment, music fashion website. We provide you with the latest breaking news and videos straight from the entertainment industry.